As you read this, I’ll be on the back of a Harley taking part in the Kiehl’s Life Ride! 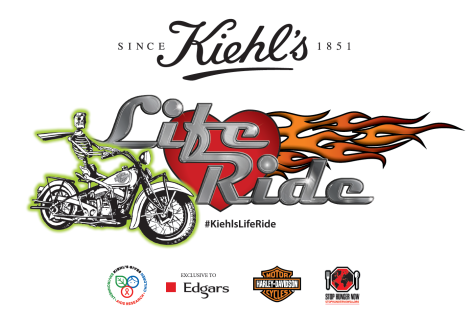 Kiehl’s has, for almost 150 years, made giving back to its communities, a cornerstone of its business model. When Kiehl’s opened its first store in South Africa in Sandton City in September 2012, it also launched its partnership with Stop Hunger Now Southern Africa (SHNSA), who looks after the nutritional needs of children in informal crèches in townships around South Africa. On the reasoning for choosing SHNSA as its strategic partner for its community activities, Moosa says “We truly believe that the children of South Africa are the future of this country, and as Kiehl’s South Africa, we want to play our part in building the future.”

Not being government registered, these crèches do not get any governmental financial support, and it is very often the wonderful women who run these crèches, who pay for the meals of their pupils, from their own pockets and pensions. By providing food, Stop Hunger Now takes the burden of buying food for their pupils, off the shoulders of the crèche management, offering them an opportunity to reinvest their savings into upgrading the infrastructure, which is critical for them in order to become government registered, and receive government aid.

In its first year since launch, Kiehl’s has donated over 20,000 meals to SHNSA along with its business partners which include the Edcon Group, Virgin Active Health Clubs, and, together with singer/songwriter Elvis Blue, adopted two crèches in Alexandra Johannesburg.

Kiehl’s LifeRide Cape Town will involve members of the Kiehl’s, Harley Davidson® and Edcon Teams, who will be joined by celebrities and media partners, either on the whole route, or part thereof. For two days, this group of riders will make their way from Cape Town to the Klein Karoo Town of Barrydale, and back to Cape Town, doing charity events along the way. Kiehl’s LifeRide Cape Town will kick off with a SHNSA meal-packing event at the Harley Davidson® dealership, Tygervalley, on Monday 11 November, after which the LifeRiders will depart for Barrydale, via Franschhoek. On the morning of 12 November, the LifeRiders will depart for Cape Town via Hermanus. Back in Cape Town, another SHNSA meal packing event will be hosted at the Canal Walk Shopping Centre, of which the proceeds will go to underprivileged communities in and around Cape Town.

Hope to see you there!