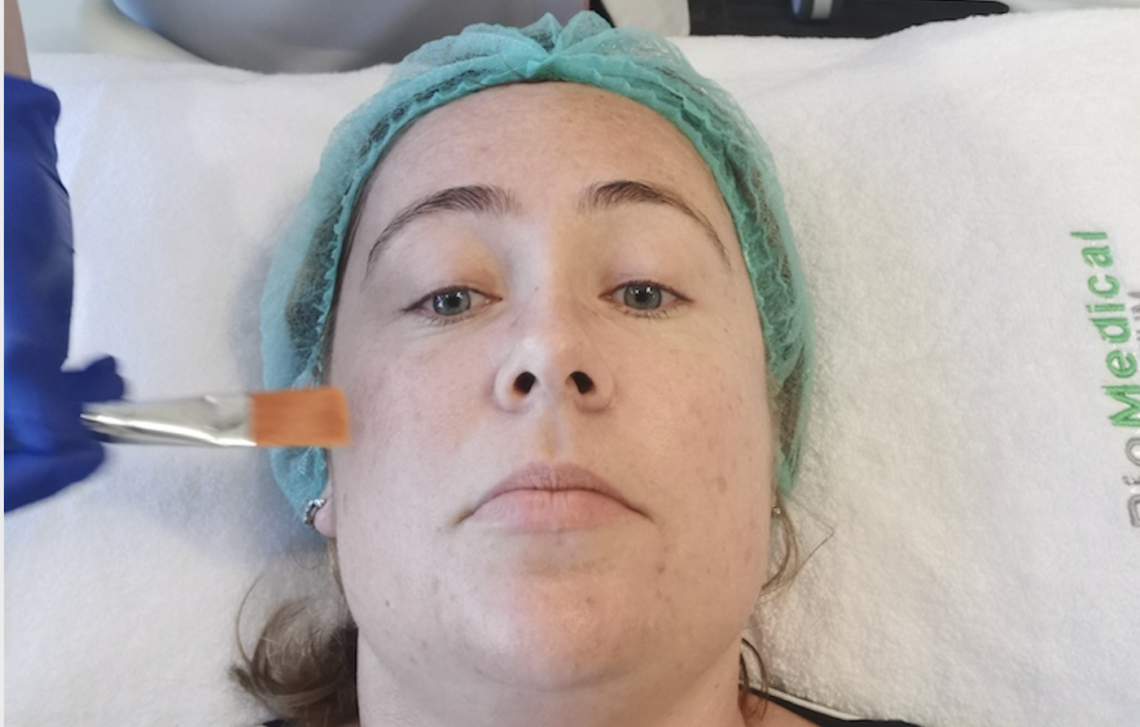 Towards the end of last year, I found myself on a bed in Dr Judey’s rooms. I trust her implicitly with my skin, so when she suggested we do a Biomedical Emporium Biostratum peel, of course I said yes.

The Biostratum Peel is Dr Judey’s TCA peel, and so called because it removes your stratum corneum (the keratinized cells that make up the top layer of your skin). TCA stands for trichloroacetic and is used to treat a host of skin concerns from acne and acne scaring to hyperpigmentation and wrinkles. You may recognise the word acetic, as vinegar, but you wouldn’t put this on your salad. It’s acetic acid, but with three chlorine molecules attached (trichloric).

She cleansed my skin, and then applied the medium-strength 20% solution. It started out a bit tingly, but soon my face was very hot. She applied another layer, and left it on for a few minutes. The chlorine in the formula reacts with the potassium in the skin, creating heat, and taking the surface of the skin up to anywhere between 40 and 50 degrees C. Once the cells in the stratum corneum have denatured, they do some thing called frost – it literally looks like you have frost on your face. This is where your skin is not working at its optimum, and there is a build up of those keratinized cells. Mine was on my cheeks and around my nose, where I have pigmentation and blackheads.

The peel is self-neutralising, so stops once it’s done its work. Dr Judey applied a layer of her Biomedical Emporium Skin Repair Serum (R675) to protect the skin from microbial infection, protect from post-inflammatory hyperpigmentation and take down the inflammation as much as possible. She also applied the Biomedical Emporium Translucent Day Cream SPF30 (R1200) which contains physical sunscreen to protect the skin (you can’t use chemical ones straight after peels, as they penetrate the skin). The redness calmed down quite quickly and after a few hours, and my skin actually felt normal for the rest of the day.

The next morning, my skin was a bit tight, but not uncomfortable. I applied a very thin layer of Vaseline two or three times a day for the first few days, but got over that quite quickly because it slips down the skin and is so messy. I switched to thick creams instead. By the third day, my pigmentation had begun to darken quite dramatically. The serious peeling started on the fourth day and continued until day 8 where just my neck and hairline had a few patches.

By day 9, my skin was completely back to normal, with no sign of the peel left. The results were incredible – fine lines were pretty much gone, my pigmentation was far lighter and my over-all complexion was super-glowy. It’s now two months later, and I can still see the results. I hardly wear foundation at all these days, and only ever concealer if I really need to on my dark circles.

I won’t lie, it was by far the most painful treatment I’ve ever had (including operations), and I wasn’t brave enough for the third layer Dr Judey suggested. BUT the results speak for themselves, and I would do it again tomorrow.

If you’re struggling with any of the skin concerns I mentioned above, and think that this is something you’d like to do, contact Biomedical Emporium for more info on 012 809 2856 or info@biomedicalemporium.com. 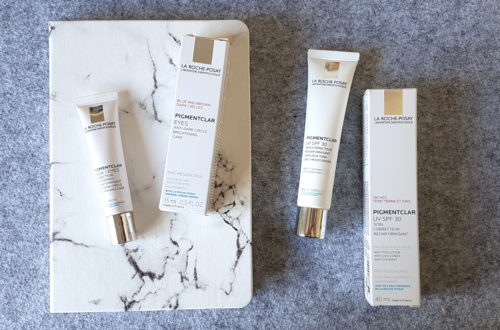